This morning I ate my last breakfast in the south at least for a while and though I did get thisclose to getting grits, the chicken on a biscuit at Al’s Diner captured my gastric imagination. Yep, pretty harsh treatment to my system after last night’s vegan/gluten free dinner, but there you have it. I ate about 90% of the large split biscuit that stood up well to the deliciously peppery sausage gravy. The chicken fingers were cooked crisp and the breading also worked well with the gravy. A nicely prepared diner dish.

We took a walk through downtown Pittsboro, a couple of blocks of locally owned shops, though many are closed on Mondays including the S & T Soda Shop. I mention this because I was trying to find a North Carolina postcard, and peering through the window of the closed shop, I could see postcards. Argh!

[Side note: we looked in all the open shops and none had postcards. We called the Roadhouse Cafe and Gift Shop and they said they had postcards. Yay! We went over (like two blocks) and they did indeed have…one postcard. The front of the card was a picture of a lake at sunset. The back said it was a picture of a lake at sunset (thanks for the description) and the guy and the shop said he was pretty sure it was Morrisville Lake up the road. That’s the best I could do for a tourist postcard.]

The most eclectic store in town was French Connection, which sells fabrics, antiques, art, and crafts from France, Mexico and several African countries. It’s one of those stores where something interesting is crammed in every nook and even the nooks are for sale. Outside the lawn is strewn with whimsical metal crafts of all sizes.

All the animals co-habitate here

Over at the Circle Book store, the owner wanted to help me find the out of print John Gregory Dunne book Vegas I’ve been looking for for years, but he didn’t have it. He was more disappointed than me, I think.

We did get some hipster humor at the local coffee shop. 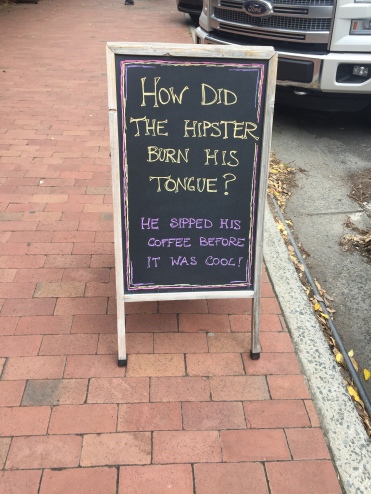 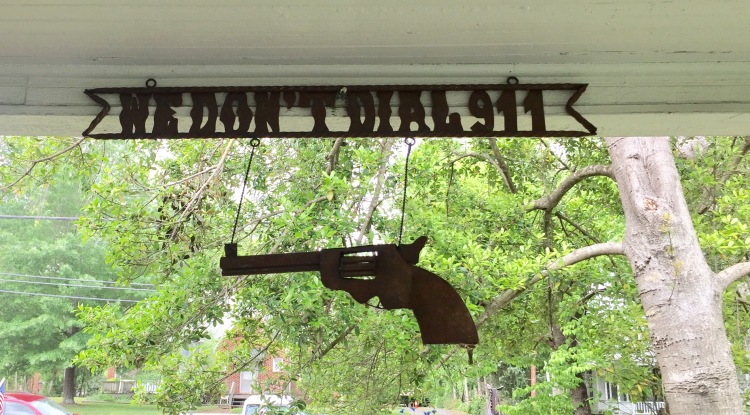 Of course, we had to get one more local beer in before I had to head home. The Carolina Brewery is a must stop for my trips here. I had the German style Maibock Ale that had a light, crisp finish, perfect for the warmer weather, and someone traveling back to German-centric Cincinnati. 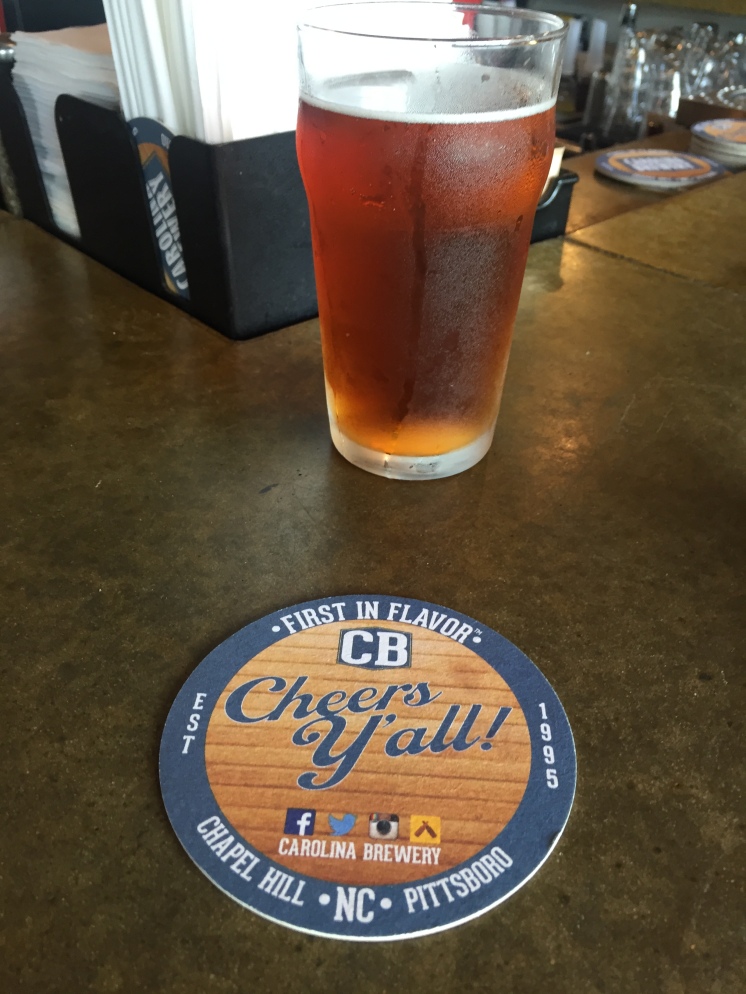