Third and final day of Bunbury brought perfect weather, an Oscar winner, and another fun day of music.

So far away…but luckily he jumped into the audience to sing The Kill (Bury Me) and I was standing in a pretty good spot. 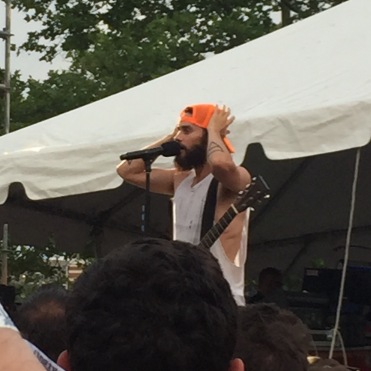 Sweet! But a lady standing next to me pointed out that this wasn’t the only Hollywood thing happening at Bunbury. She schooled us in People Magazine gossip by reminding us Matt Bellamy (lead singer of headliner Muse) is the dad of one of Goldie Hawn’s grandchildren (via Kate Hudson) so we declared today as Hollywood day at Bunbury.

We snuck in a pinch of Flogging Molly who are infectiously positive and dancey!

And then a couple of songs from Watsky. He didn’t do a lot for me, but man can he rap fast! In the quick time I have posting this, I can’t find the name of the woman singing with him, but she had a nice voice and lifted the non-rap parts of the songs to a higher level.

Next, we quickly found out why the Jon Bellion show was delayed…technical problems. With electronic artists this is a disaster, but Bellion and his team rallied and put on a free-style show songs from his latest album, relying on the audience to keep the chorus going while the band was working it out musically on stage. Pretty cool to watch, actually. 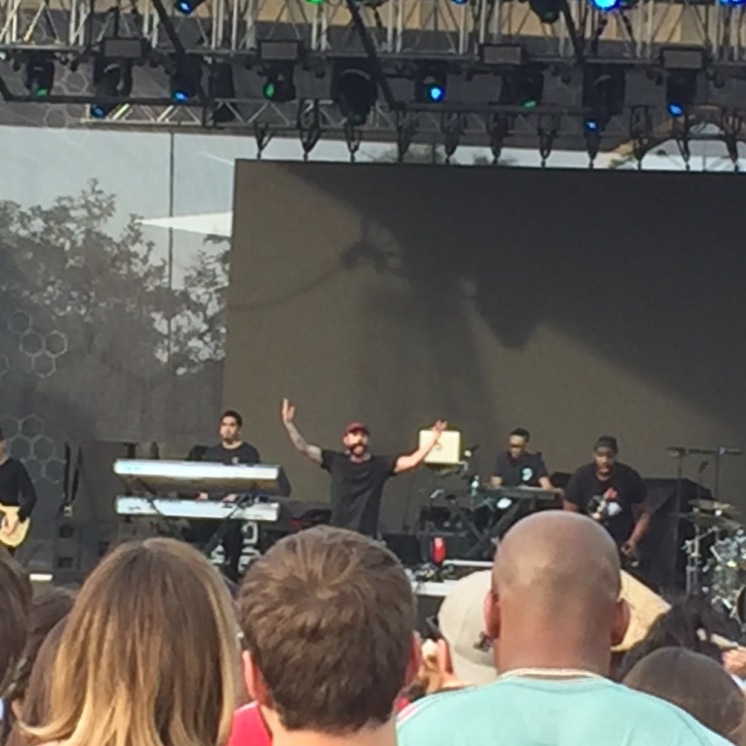 Jon Bellion led us to Thirty Seconds to Mars and then to the 1975. Out of Manchester, England and with just two albums, the 1975 seems to be an up and coming pop band. 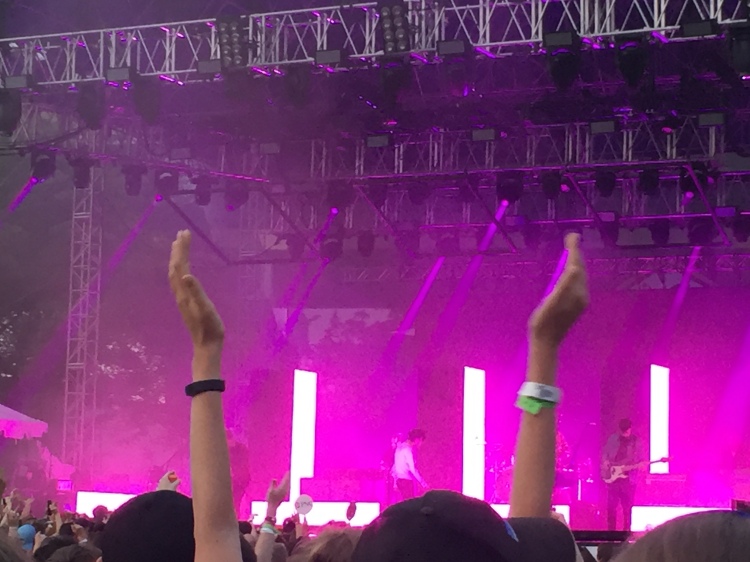 My pictures are terrible, but at least this one has an official photographic technique called interior framing. Thank you lady in front of me for clapping while I was taking this shot!

The closing band was Muse and they did the three songs I know by them and some other stuff. Honestly, by 9:45 on Sunday after three days, I’m a little out of it.

To recap the music, the best show of the festival (imho) was Pretty Lights, with July Talk and the Arkells tying for a close second. Honorable mention to Thirty Seconds from Mars, Wiz Kalifa, Death Cab for Cutie, and Mutemath

Bunbury is Cincinnati’s hometown music festival. I’ve been going since it started in 2012 and look forward to it every year. The festival is on the small side, and the headliners aren’t too high on the A-list, but the earlier shows feature up and coming bands that generally only have a couple of popular songs but are hungry for more.

I used to be better on knowing music. Now, I just consume music differently than I used to and I don’t keep as much up to date. It’s more background for me. There is so much new music, and the internet and advances in easing the ability for anyone to record music has created an explosion. There’s no way to keep up. At least going to Bunbury once a year gives me a chance to see some new music and live music. Plus, I get to do it with my friends. A fabulous way to spend the weekend.