This Week in Renovated Theaters: On Tuesday I went to the Ensemble Theater for the first show of the 2017-18 season, and the first show in their newly renovated theater. The old version of the theater featured a cramped lobby that looked like it was designed by someone who’d never stood in a theater lobby before. It had the correct components (tickets, concessions) mashed in with no thought of how people moved in a theater lobby. The new lobby allows correct and comfortable flows of  people about to see a show.  You can even stand in line for the bathroom without blocking the concessions line. The space looks terrific. Brilliant! 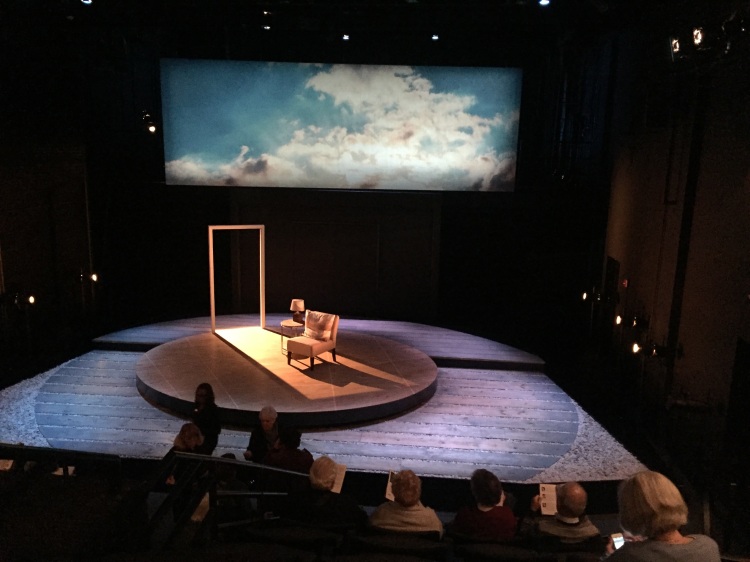 This Week in Theater: This Random World at the Ensemble was an okay play examining the influence we have on each other, even in absence. Six seemingly unrelated people turn out to impact each other, something the audience figures out, but the self-absorbed characters themselves never do. The show is interesting but doesn’t explore the big ideas it brings up. Maybe the most interesting part of the show was the renovated theater’s ability to literally make it rain on the stage. That got the audience stirred up more than anything in the actual show.

This Week in Nature: Living in urban/suburban environments unexpected brushes with nature are surprising and wonderful. Driving out of work on Wednesday a presence caught my eye in the top of my windshield. As it crossed over I realized it was a bird, an owl or a hawk. (…No, for gosh sakes, no I couldn’t tell…it was big, okay?! If you want bird info, this is not your blog.) It flew in tandem with my car for maybe a second where I could see his eyeball, the shades of his feathers. Then he veered off. Fabulous.

This Week in Recommending books: I can’t help it. I’m enormously flattered when someone asks me to recommend a book. Reading is mostly a solitary pursuit. The monthly book club excursion notwithstanding, I read mainly for myself because I enjoy it immensely. I’m a geek about reading and treat it like some treat an exercise regiment, projecting a goal to read 36 books a year (a book about every 10 days!), that I often, but not always achieve. I also keep a running list of books I’ve read dating to 1992 (minus two years when I thought keeping track of what I’d read was dumb…it wasn’t). When someone seriously asks for book recommendations I look through that list with nostalgia and pride and find books specifically for the person who asks. It’s a big deal for me, and I hope I can lead someone to a book that could have an impact on them.

This week in Social Planing: I was invited to go to an early Halloween party on Saturday. I haven’t been to a Halloween Party in a million years, and I can’t remember the last time I even dressed up. But I thought, “what the hell!” And, it turned out there was a child-sized donut costume on sale that I fit in. Perfect! At the last minute though, the person I was going with had a death in the family. That’s the thing about death, it doesn’t take people’s social plans into consideration.

Anyway, the costume stayed on the chair and I found something else to do.  I headed out to one of my old haunts Arlin’s to see Tonefarmer, a local band of made up of musicians who have been playing around town for years. They do all originals heavily influenced by the indie music of the 1980’s. My Mom asked if I wore my donut costume to the show…I did not.

The donut costume (consisting of many components) stayed home.