The Week in Saving Money:  I found a pair of shoes my size at work that caught my eye. And gosh, they are ugly. Still, I wear plenty of “ugly” clothes and could actually picture these on my feet. I bet I could spend a bunch of money on Analysis explaining my clothing choices to a therapist. Welp, I decided I didn’t love them enough, but if they get marked down to $8 I’ll reconsider. Because, as I’d tell my $75 an hour therapist, I earned the right to wear cheap, ugly clothes proudly.

The Week in Questionable Pasts: A couple times a year, I’ll be helping a customer at TJ Maxx and she will tell me she can’t believe how long I’ve been working there. She’ll go on about how I worked at the store at its old location across the street to prove she knows what she’s talking about. Then she will say, “You lost a ton of weight.” And I say, “Yes I did” even though I’ve been essentially the same weight (within 10 or so pounds) since high school. Enough customers have approached me with this version of my life that I may actually have a larger-than-me doppelganger out there or that, in fact, I was once over weight and I’ve blocked it out of my mind. It’s at this point in the therapy session that the Therapist might lean in.

The Week in Plan B and Monetary Savings: I went to grab dinner Pleasantry on Thursday because the chef (Evan Hartman) is seriously on the top of his game and I wanted something fancy. Then the bartender threw down the Happy Hour menu and I went with the $6 wings. Plan B. The problem with ordering simple bar food from a complicated “real” restaurant can be distilled in my wing order. The wings were outstanding. Cooked perfectly and very tasty. All I wanted to compliment them was some good blue cheese and some celery. Instead, I got some kind of white anchovy tasting sauce and a celery salad with jalapenos. Nothing wrong with anything on the plate. Just not together. 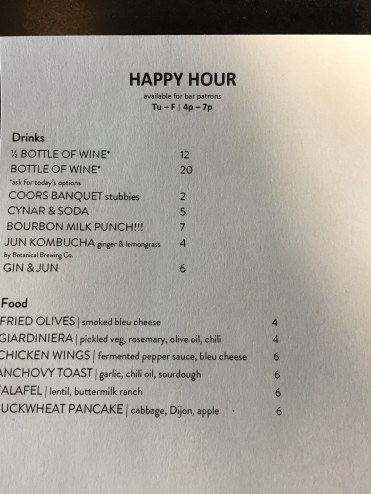 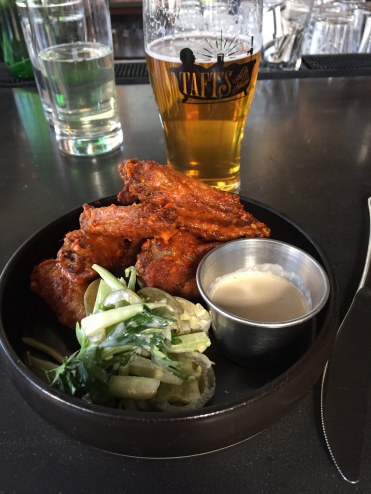 The Week in Roots: On Friday the Cincinnati Pops with the Classical Roots Community Mass Choir performed Classical Roots: Under One Roof, celebrating African American Musical and Cultural history through the history of Music Hall. It was a beautiful night of music started with Lift Every Voice and Sing sung by the choir and audience as a beginning of a journey where I learned, among other things, that boxing matches where held in the South Hall, now known as the Ballroom.

Baritone Michael Preacely took the reigns for a couple of my favorite songs, the lyrically clever and uplifting It Ain’t Necessarily So from Porgy and Bess, and the classic Cab Calloway song Minnie the Moocher. P.S. if you’ve never heard Minnie the Moocher performed live, you have not experienced a proper call and response audience participation song. 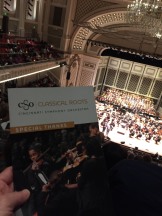 First time in the balcony for a show

Obligatory picture of the chandelier at near eye level

The Week in Defiance: The CDC said not to eat lettuce. Lettuce will kill you. On Saturday, I ate lettuce. It’s not so scary in person.

The Week in Super Fans: While MLS decides whether Cincinnati deserves a franchise, we can affordably root on our team and high-five the local FCC Super Fan. 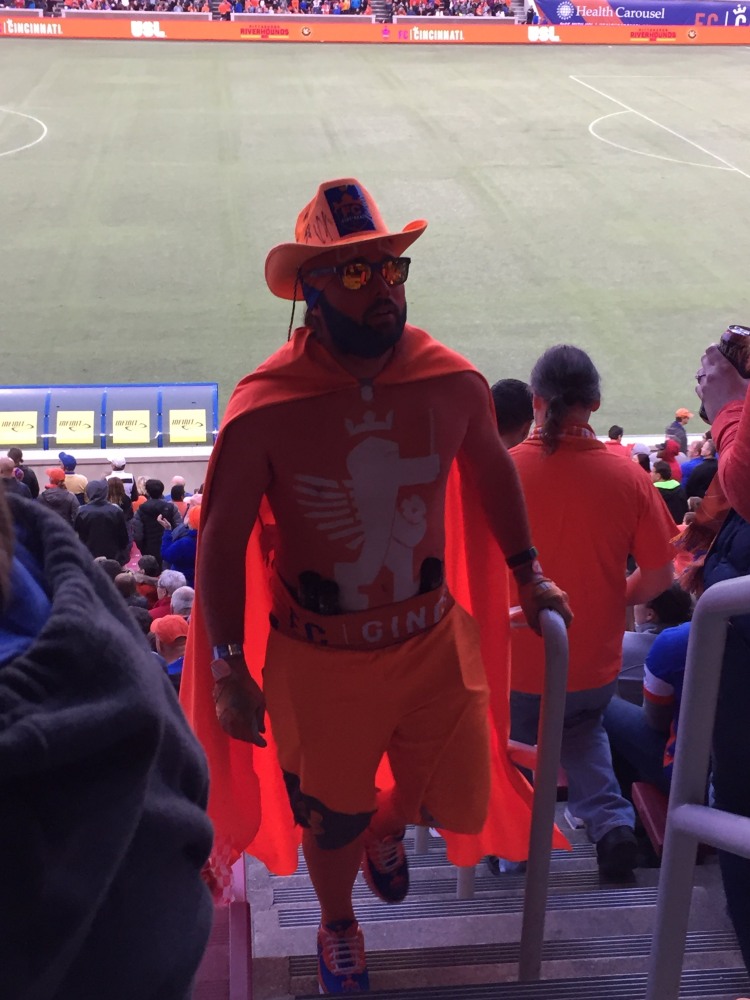 The Week in The Word of God: I’ve never actually seen anyone in this small roadside park downtown. It’s not a terribly inviting space. But apparently someone sat for a bit of Bible reading before they scurried off. This was a much better bit of human residue than I would expect to find in this park.