The Week in We Know What We’re Doing: I work at a large corporation and I really like and respect my managers. I think they work hard and try to make thoughtful, effective decisions. Of course, their decisions run the gamut from great to awful (that’s just how humans and business work). They seem to know this and have internalized the possibility their decisions may not be stellar because they have a habit of taking a lot of time sharing how they came about making the decision. So not only do we get a new directive, we get the history of who was there how they came to their conclusion. It’s sweet they’re so sensitive.

The Week in “Let’s Get Together”: One of my biggest pet peeves is when people complain about things they can change. But man, it sure is so easier to complain about what bugs you than actually making an effort to fix it. This leads me to a social peeve, complaining about how we don’t create social time for people we actually want to spend time with, leading to the dreaded “we should get together.” I’m not great at this, but really at some point, I start throwing out dates and times and places. I can fix it! This week I had two dinners with two friends who I hadn’t hung out with in months. Both nights were fabulous. And once you do it once, it doesn’t sound so empty to say, “let’s do this again.”

The Week in Tapas: It’s been too long since I’ve eaten at Mita’s, a terrific downtown restaurant. The four dishes we got were all good from the jicama salad to the short rib empanadas (with a green sauce I would drink as a cocktail). The staff was attentive and friendly. The place was busy on a Thursday night, making the mid-week meal more festive. 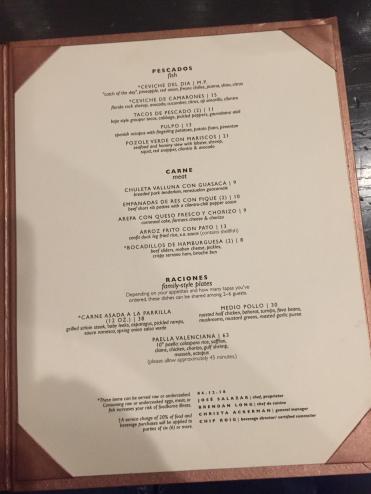 The end of a small but powerful menu.

The Week in New-ish Bars: One of Cincinnati’s newest bar is Tokyo Kitty, a riff on the Karaoke Clubs of Tokyo as seen in the movie Lost in Translation. I stopped in briefly late on Thursday just to have a look. I only went to the main room and didn’t see any of the private karaoke rooms which are the whole point of the karaoke bar. The main bar area is sparse and modern looking and the song choices from the few people there were predictably blah. I’d like to have a look-see on the weekend.

The Week in Old-ish Bars: The original Bay Horse Cafe was an old and gross bar with a long history that ended in 2005 when a shooting outside the bar caused the City to not renew the liquor license. New owners reopened the place in 2017 and it is charming. The drinks are pretty basic and it’s a place where the local, decidedly non-craft beer, Hudepol, dominates. The clientele features a lot of neighborhood regulars. I was there on Saturday where the big screen TV was tuned to the Preakness and they were celebrating by giving away free hot dogs. The bar looks old but inviting, a vibe I pick up on any time I visit. 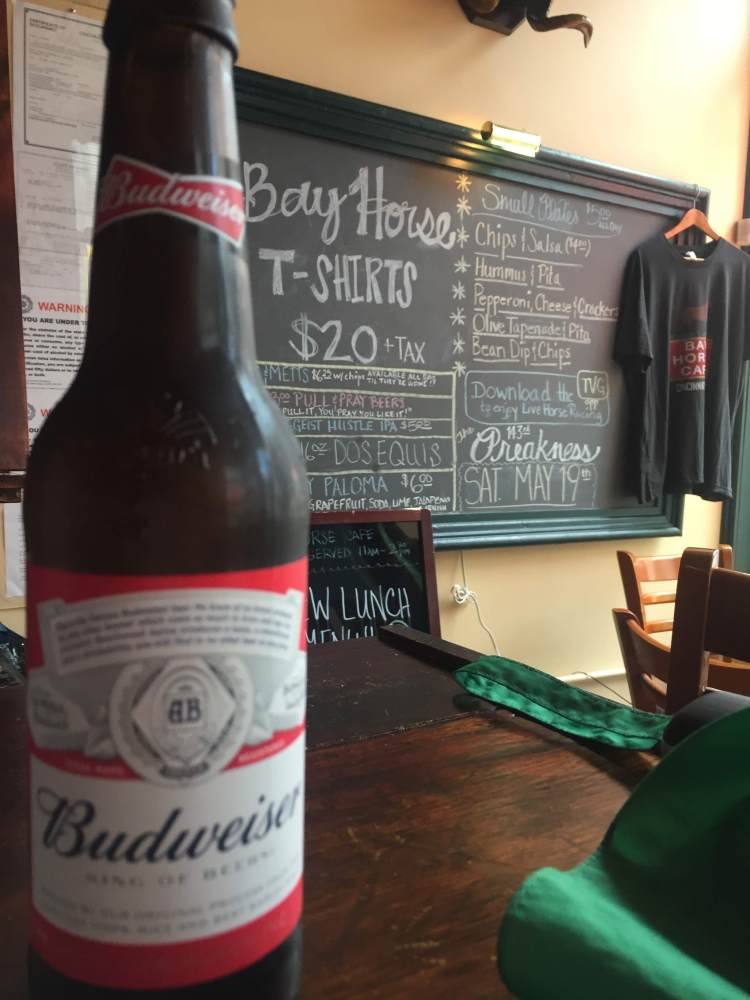 The Week in In-land Seafood: The Courtstreet Lobster bar serves high quality food in a tiny restaurant with just a few table and a long bar. The stars of the menu are lobster rolls. The cold Maine rolls I had was delicious, a perfect lunch on a humid, rainy day.

The Week in “Welcome Cubs Fans”: Truly my favorite out of town sports fans are Chicago Cubs fans. They are fun around town and not assholes in the stadium. Which is good because Cubs fans out number Reds fans by a wide margin. It’s weird to hear the crowd go wild and look at the field to see the opposing team score. And the Cubs fans are cozy enough in my Cincinnati Reds stadium to wave their W – Win Banners when the Cubs win. Sigh.

Not a big crowd, but many Cubs fans waving their victory banner.