The Week in Pottery: My crafty friend (as in Arts and Crafts) recently purchase at Color Me Mine, paint your own pottery store in Crestview Hills, KY. Man, I don’t know nothin’ about paintin’ no pottery, but the store was pretty neat. You pick a bisque piece and take it back to your table and paint it. So many pieces. So much paint. There were a few tables occupied when I was there on a Tuesday evening, including one man by himself very much getting into painting a box for his daughter.

Once the painting is done, the store staff glazes the pieces and fires them in a kiln. It’s like that one room in the High School where the artsy kids and stoners hung out, but in the middle of a suburban town center. Very impressive! 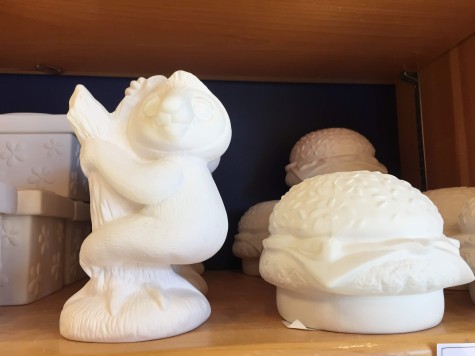 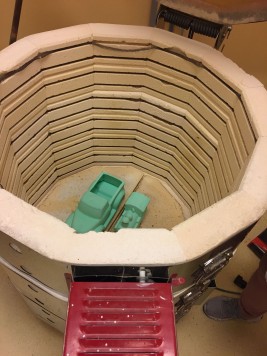 Glazed pieces ready for firing. The staff will fill the oven with dozens of pieces before firing it up.

The Week in Everyday Heroics: The man in front of me at the Sunoco presented his winning $200 lottery ticket to the cashier who took one look at it and said, “It’s a $400 winner. You played the winning number twice.” The customer was surprised and obviously happy. The cashier didn’t have to tell him, but he did. Awesome!

The Week in Clothes Kill: I’ve Outgrown Borrowing Mom’s Clothing. Well, actually, I never shared my Mom’s clothes. We have incredibly different styles, but the temperature didn’t go up as much as expected one day this week and I was caught under-dressed so I asked to borrow one of her sweatshirts. It was a teal number whereas I avoid pastels like the plague. In fact, wearing it was like wearing something harmful. I kept looking down at it and could not wait to take it off. Mind you, when we share tastes of food, we share eating utensils, but her teal sweatshirt about killed me.

The Week in Fish Frys: Spring and Lent are in the air and churches across Cincinnati are fundraising the hell out of the season with fish frys. This week I went to Hartzell Methodist Church for their last Fish Fry of the season. For 12 bucks you get two pieces of fish, mac and cheese, cole slaw, a drink, and a dessert. The desserts are all home made by church members and your dessert ticket gets you a piece of pie or cake. Oh, and if two pieces of fish aren’t enough for you, wave the fish sign on the table and someone will come along and put more fish on your plate. I was totally over-served. Delightful! 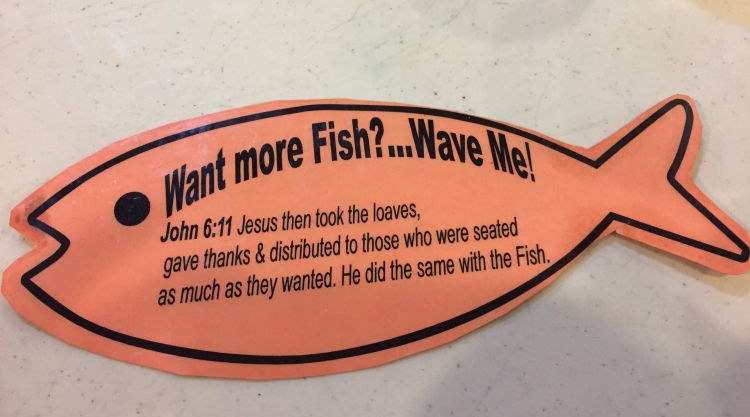 The Week in Italian Style Chicken:

Random Song of the Week (My attempt to try to catalog the variety songs I start humming or singing because they just appear in my brain):

Place: Walking toward my car on my way to work.

Song: Windy by The Association

Part that went through my head: