The Week in Sunday, Funday:  I had a quiet week. Two nights spend in cooking, a couple of weekday shifts at the part-time gig and Friday and Saturday night spent on the couch with books. And then I action-packed Sunday. Weird. But it worked.

The Week in Nine Giants: I got out briefly on Saturday for lunch at the Pleasant Ridge brewery Nine Giants. A small space, with a small menu, Nine Giants has decent beer, a pretty terrific Watermelon Gose, and really good, simple food. Nothing spectacular. And Though they opened in 2016, it feels like they are still working things out. 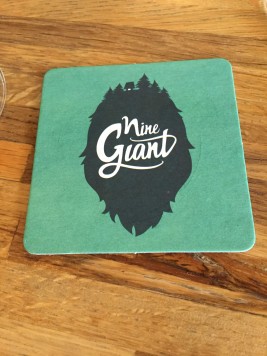 The Week in Drag: My friend’s cause is unadopted cats, and her charity is the Cat Adoption Team (CAT) of Northern Kentucky and Southwestern Ohio. On Sunday CAT put on a Quarter Auction and The Cincinnati Sisters of the House of the Sisters of Perpetual Indulgence showed up to do some drag and lend a little extra exuberance to the festivities. The Sisters were a great addition to a great cause.

The Week in Chicken: For the Quarter auction, I got recruited to cooked pulled chicken. When all was said and done, I cooked 12 chickens yielding about 21 lbs of chicken. The instant pot and Penzey’s BBQ 3000 made me look like a hero. I live alone and am used to cooking for 1. Cooking for 100 was a struggle. I got through it…And I am not cooking chicken for at least a month.

The Week in Restaurants: Sunday finished up at Branch, a new restaurant in the quickly revitalizing East Walnut Hills neighborhood. The food was good, the service attentive and friendly, and the menu locally sourced and creative. There’s a bar downstairs, but the upstairs is a restaurant and the upstairs restaurant bar features gin. I can’t think of another gin-based bar in the city. I got a flight of 4 gins I knew nothing about. They were each pretty different than the next, and for $14, it was a great lesson in gin. No pics, ’cause I forgot.