The Week in Healing: Last weekends sickness symptoms lingered into the work week. I got a lot of extra exercise at work walking into the hallway to give my nose good, brain clearing honks. Monday morning was also infused with more coughing than I expected so as a gift to my cube-mate I went out and bought cough drops. I haven’t sucked on a cough drop in years, and was excited to feel my nasal cooled as the bag promised. Very exciting stuff.

Also, on the way back from Walgreen’s, November Rain was playing on the radio. If there’s one time I love to sing along with Axl Rose, it’s when I have cold symptoms. In my head, I sound just like him. I stayed in the car to the end of song, sucking cough drops and belting out the tune. All and all, a great therapeutic healing experience.

The Week in New Restaurants: I stopped by Goose and Elder at Findlay Market which has been open just a couple weeks. They are still trying to find their footing.

I had a terrific burger and some lackluster service, not bad, just meh. The beer selection isn’t great, but the drinks and wine are fine for the casual vibe they seem to be striving for. The decor is funky with cuckoo clocks and a Farrah Fawcett poster to lead guests to the restrooms. The vibe is casual  to a point. You are not allowed special requests to “make it easier for the kitchen”. That’s a quote from my server. My friend ordered a burger and asked for no onion. Since the onion isn’t placed directly on the burger but off to the side, guests have to take the onion they don’t want to appease the kitchen. It’s weird enough that I’m thinking about it days later. The Chef whose kingdom seeps into telling diners how to behave is a very east coast trope. Anyway, go eat the food: It’s good. Just don’t ask the kitchen for anything other than what’s printed on the menu. 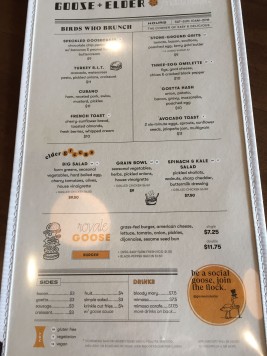 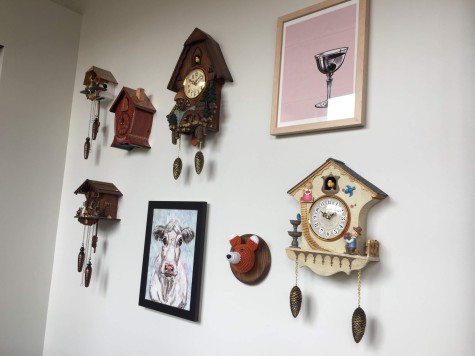 The Week in Pickles: I couldn’t quite get the right amount of vegetables from the farmer’s market. At a loss to incorporate some extras into my weekly meal prep, I turned to pickling. Refrigerator pickles (and, in my case green beans) are fast and delicious. I use pickling spices from Penzey’s and add some extra garlic and hot peppers. They last a couple weeks – I’ll finish them before they go bad – and they look terrific in the fridge. 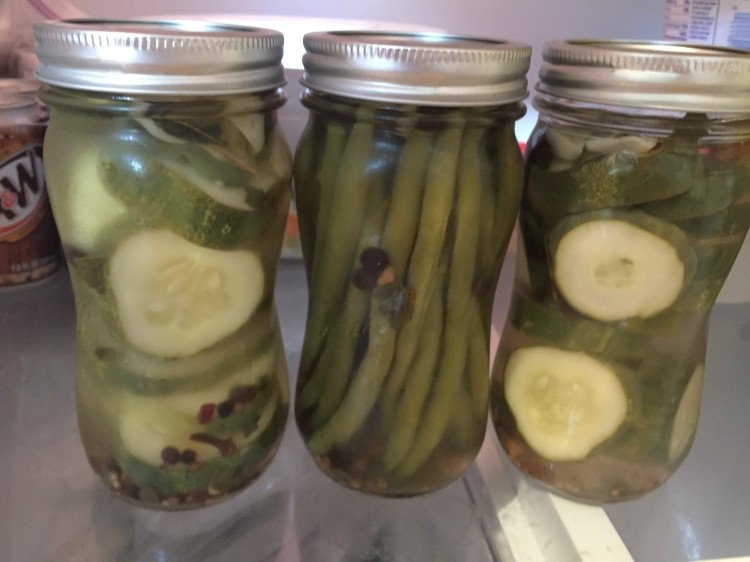 The Week in Salt: I just finished the first chapter of Samin Nosrat’s very popular book Salt, Fat, Acid, Heat. The first chapter is Salt and Nosrat very convincingly talks about how she thinks cooks undersalt food. I was willing to try her suggestion for coating a piece of meat with salt the day before cooking. I used 2 tsp salt for 1 1/2 pounds of medium pork chops, about twice what I was comfortable with. When I baked the chops, they were, like promised, exceptionally tender and juicy. They were also way too salty for my taste. Next time I’ll stick with her salting the meat the day before cooking, but I’ll use my amount of salt. Food just got a little better in my house.