The Week In Icons: This week I went to see Madonna’s Madame X tour in Chicago, a show that leans heavily on her 14th album of the same name. I have been a fan and supporter of Madonna since she burst onto the scene with Holiday and Like a Virgin, etc. I have also been perplexed by her, defended her, and questioned her. I’m not an uber fan, but I have immense respect for her and her influence on pop music.

Anyway, I don’t love the Madame X album though I appreciate what she’s trying to do, and am immensely impressed at her ballsy-ness of reinventing her sound once again.

The show was executed perfectly and Madonna gracefully shared the stage with a slew of dancers and musicians who play the music that inspired the album. I will never talk about how much I enjoyed the show without mentioning the 11:10 pm start time on a Monday night. She noted from the stage that the energy from the crowd was lacking. Well, duh. I’m glad I put the work in to listen to the album almost constantly the weeks before the show. Audience members expecting a retrospective concert of hits didn’t last long, and they missed a pretty great show. 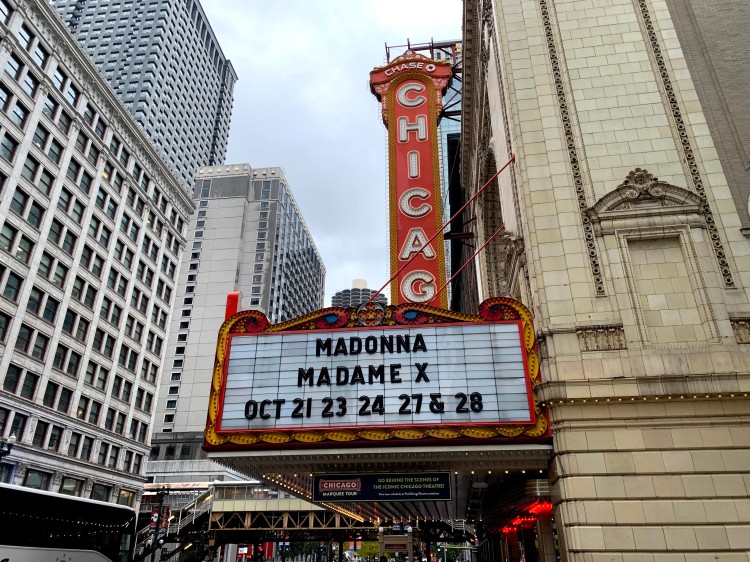 The Week in Icon Wannabes: After seeing the highly-produced, massively intricate Madonna show, it was fun to get back to artists just playing for the love of it, with (maybe) the hope of making it big one day. Inhailer Radio, a Cincinnati based internet only radio station threw a house show on all three stages of The Southgate House Revival. I didn’t pay a lick of attention to who I was seeing (I only knew a few from previous shows), but man, I had a blast.

The Week in Traffic: Part of my commute on I-71 has been under construction for the last 1,000 years, and that construction has included a Contralane, which, in this case, is a lane of flowing traffic where the median once was. For weeks I dealt the with southbound contralane. Now I’m dealing with the northbound version. I usually pick the contralane because it’s a tad quicker, shoots me out in the fast lane when it’s over, and it feels like I’m driving in the only driving video game I can actually do.

Of course, every time I enter the lane, I realize a single lane at rush hour is always one text/flat tire/deer/sneeze/’closing of eyes to sing that great song on the radio’ away from coming to a complete halt. I’ve been lucky. So lucky. When my luck ran out Friday morning, and a broken down buggered up the entire lane, I was on my way to work. I had enough sunlight to pull out a book and start reading. The only drawback was I didn’t have a cup of coffee. All in all, it was a pleasant commute.

One thing though, I’ve told my boss that, in my head, I’ve clocked into work when I pass the Arby’s sign at Kenwood. It’s close enough to the office that I won’t turn around, so just count myself present. The contralane breakdown was just a 1/2 mile south of Arby’s, and I couldn’t turn around even if I wanted to to. I split the difference and “clocked myself in” for 15 minutes I was stopped.

The Week in Pre-gaming: The full on rain Saturday had me readjusting my day plans to hang out at home. And, on the way I stopped at Findlay market and got me some turkey parts to make turkey broth to freeze for Thanksgiving. Anyway, the day started as a mucky day, and ended as a Pep Rally for T-Day. Suddenly, I’m in the mood for some holiday cooking. 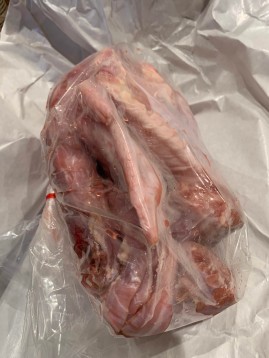 Bag of necks and wings

Early in the boiling 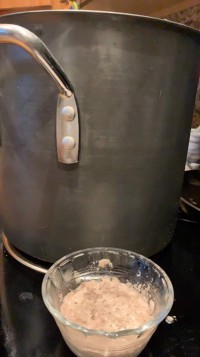 The Week in Rest Stops, Because I Love Them: A few weeks ago I went to a rest area in Ohio, and waxed poetic about my love of State funded Rest Areas. This week, I got to go to one in Indiana and I was every bit as excited. The Indiana one was stinky, though, so kudos to Ohio.

Puppy dog left behind. There’s always some underlying sadness at the rest area.

The Week in Survival: This week I made an important addition to my desk drawer at work. Just knowing I’ve got vodka at work is a calming influence.