The Week in Eating in the Street: The last time I sat down inside a restaurant was brunch on March 15, the afternoon of the day Ohio closed down. It already felt dangerous to be in a packed restaurant. Of course I had no idea what was coming.

Even before this week’s spike in Covid cases, I was not feeling comfortable about eating inside a restaurant. I don’t think it’s particularly dangerous if the spacing protocols are being followed and you don’t have a long, leisurely dinner. My thing about not wanting to eat out is that going out to eat is supposed to be a fun and social experience. In the Covid era eating out is chore.

Me and a friend got hungry during our socially distanced walk and, spontaneously (like in the old days), we decided to sit down at an outside table at Revolution Chicken for dinner.  Revolution is one of my go-to restaurants. The food is simple and good and the service is friendly. All of that was true this week, too, but it was soooo different and I didn’t love the experience. I mean, I loved it as much as I could, but I’m still comparing it to what it was. 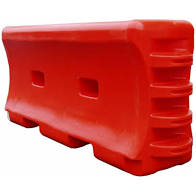 The outside seating is a “bump-out” into the street  in front of the restaurant barricaded with water-filled traffic barriers. It’s enough space for three picnic tables. My friend and I had our own table. At first we were sitting as far away from the other guests and the from the sidewalk as possible, but we quickly found people at the stoplight with their windows down wanted to chat. That felt strange so we moved in a little and avoided eye contact with cars, a new eating-out skill!

Like a lot of places, Revolution is offering a limited menu and they are serving everything in disposable containers with disposable cups and utensils. I’m trying to be positive about eating out like this and I am so appreciative of the efforts being made by the hospitality people, but I don’t have to love it. I just have to hang with it until we call all do it the way we’re used to.

The Week in Messages: I pass this “Long Live T-Bone” graffiti on my morning walk and I always feel a pang in my heart for the artist who seems to be an emotional wreck. Starting low to the ground, like they are just standing there with some spray paint and no real plan, the spray the “l” in lowercase no less. It looks like they immediately try to erase it. Ooops! Too late. So they just kept going.

They painted around the official plaque of the wall’s official artwork (very polite) and sprayed a passable, but poorly formed heart (this is a nervous, conflicted artist after all). As the letters got closer to the City’s parking sign the sprayer realized space was short. Still, their conscience won’t let them paint onto the sign. So, they improvised. It ain’t pretty but T-bone must be a heck of a human to get this tribute.

The Week in Lessons: I will jaywalk any chance I get, except one. When I am on the corner with a parent and child and the parent is teaching the kid about crossing the street, I will always wait for the light to change. It’s an unwritten duty and a small thing. Lots of smalls make a big difference.

By the way, I am really am quite the jaywalker. As a friend of mine says, jaywalking means reading the traffic like baseball legend Joe Morgan read the signs to see if he could steal second. It’s a skill.  Since I moved downtown, jaywalking has moved way up on the list of things I think could be a probable cause of my death. (It’s a fluid list. When I owned a house I was convinced my recycling bin would tip over on me.) But traffic lights and crosswalks be damned. I got places to go!

The Week in Keeping Time: I walk home for lunch everyday right around noon and have developed a habit of time checking the church bells. I literally count out all twelve “dongs” like it’s my job to make sure the church keeps accurate time. I don’t know what to do if I “catch” them messing up. Call the Pope? Maybe put in some prayers to St. Expeditus? Does Father Time have an email account? This is the stuff I have time to think about in the Covid era.

The Week in Books: I sensed signs of life from the Public Library via email. Up until now they’ve only been emailing news about capital improvements and internal projects. Blah, Blah, Blah. But what about the books? Last week they sent an email noting some branches would be offering limited services, like computer access and they announced that they would begin taking books back, something they have not allowed since mid-March. This was a great sign. Books are allowed back in. They are also allowing you to order books and pick them up. Some books are allowed out. However, I cannot (yet) browse the stacks which is one of my cherished, most favorite, nerdgasmic activities. It’s coming!

This week, just like normal, they sent me a lovely reminder that couple of books I had checked out in early March are finally due! And, because none of the titles are on a wait list they were all auto-renewed. Thanks library. What I really need is more time with these books.

I should note, I will be sad to see the Mediterranean cookbook go. That book was the perfect thickness to hold my computer during Zoom meeting so my best angle was featured. Oh well.